The new version of the user application QUIK Android X for mobile devices operating on iOS has an updated design of the interface (changed colors, optimized menu, etc.). There is improved ergonomics to display graphs by indenting from the right edge of the screen. The quotes screen became more compact, operation confirmation windows were changed.

The terminal interface acquired an option to display own orders, trades, stop orders, and position levels on graphs. This option is activated/deactivated by tapping on the button

. Users may choose what to show/not to show on the graph from the dropdown list: 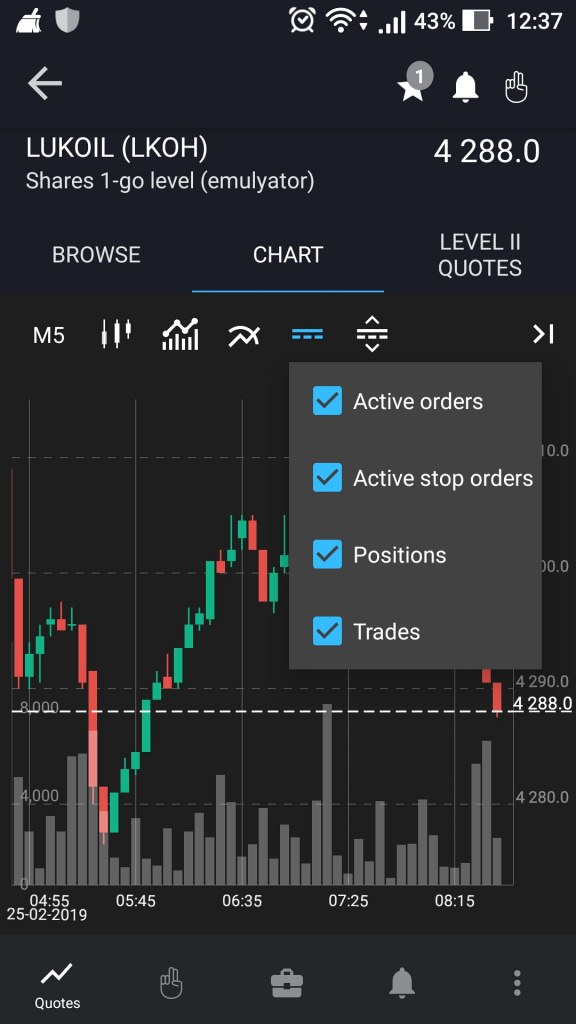 It has also become possible to move own orders and stop orders on the graph. This function is activated by the button

, with displaying red and green lines on the graph: solid – for ordinary limit orders, dotted – for stop orders. The line color depends on operation direction (red – to sell, green – to buy). The position level is shown as a blue solid line. 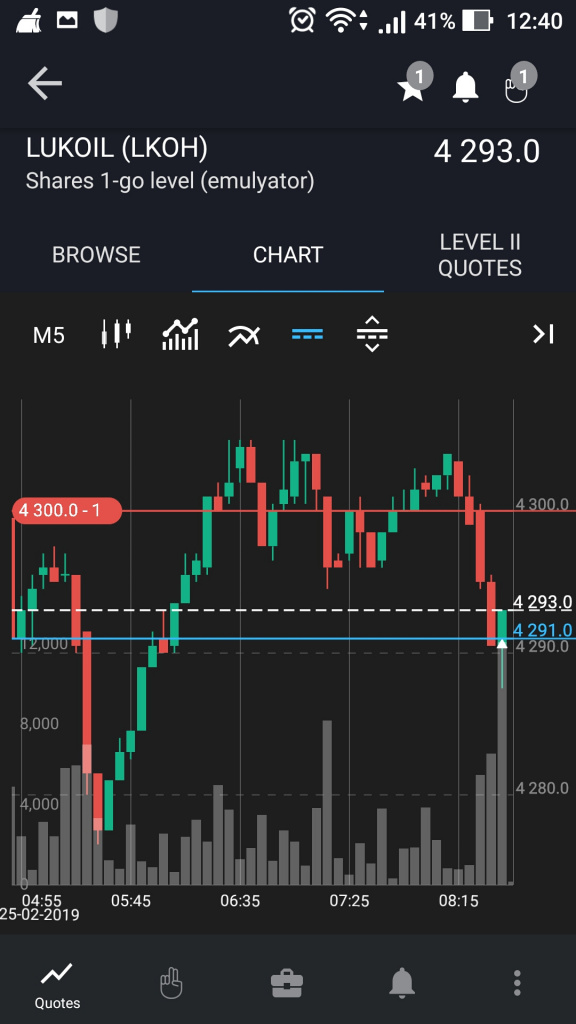 To move orders/stop orders on the graphs, you need to tap a corresponding order/stop order and move it with finger up or down. This operation will be shown on the screen as follows: 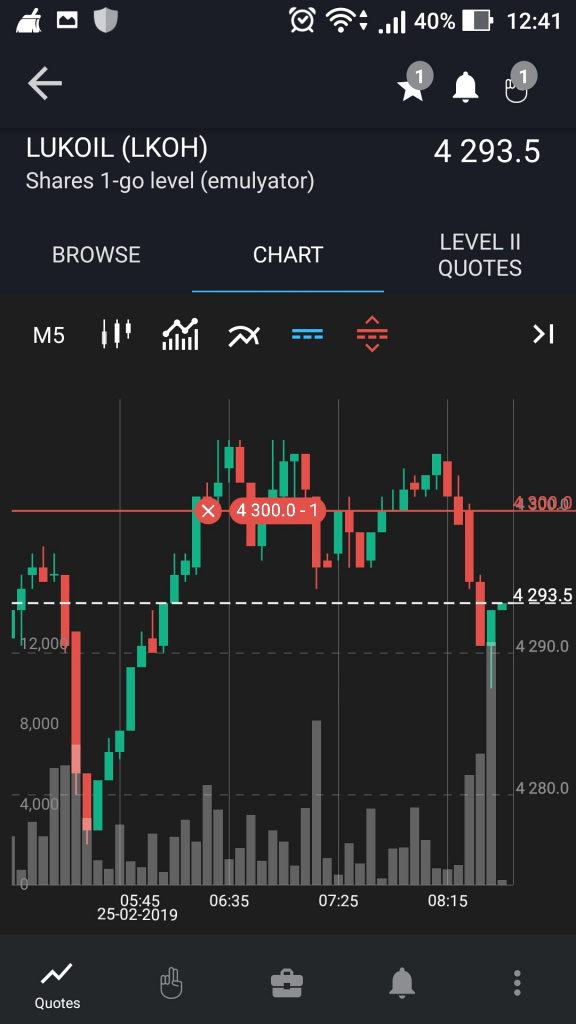 There are other improvements in the new version of QUIK Android X: