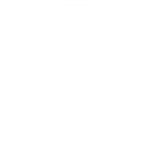 The QPILE language (QUIK Programmable Interface and Logic Environment) is a list of commands that are interpreted by the QUIK Workstation. QPILE is applied to create new tables for real-time calculation of own indicators based on data from other tables. The integrated language allows implementing almost any algorithm.
For detailed description, see the Full QUIK User's Guide.
See also the ‘QPILE Programming’ section on the Users’ Forum.

QLUA is a built-in interpreter of the LUA scripting language. The LUA language is widely used in various applications where a fast and simple script programming language is required. The QUIK workstation can load LUA scripts both as a source program text and in a compiled form (i.e. as a byte code).
For detailed description, see the Full QUIK User's Guide.
See also the ‘LUA Programming’ section on the Users’ Forum.
To top