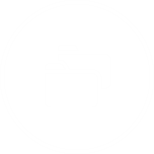 * According to MiFID II requirements, all trades executed on the Moscow Exchange relate to OTC trades.
Reports on OTC trades with shares, ETF, ADR/GDR, and other funds included in the FIRDS list of assets should be sent by a service provider within a minute after execution. The module automatically exports data on executed trades via Saturn API Web Services to the database of the EURONEXT exchange which is one of the authorized reporting service providers for this kind of reporting.


For APA reporting via EURONEXT, it is necessary to conclude an agreement with the service provider directly:


ARQA Technologies is prepared to provide testing opportunities on request.