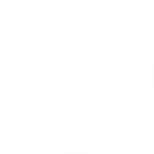 The Module of OTC trade reporting is a separate module of capQORT software complex for submitting information on off-exchange trading to the Moscow Exchange as stipulated by current requirements about information disclosure.